No matter how well you think you know yourself, there’s always more to learn. The topic of beauty, specifically how to maximize my own, has always intrigued me. I have rarely if ever, felt beautiful. Most girls love it when people, particularly guys, call them beautiful. There’s nothing more annoying and awkward than someone who won’t graciously accept a compliment so I’m almost ashamed to admit it, but I actually cringe. On the inside, of course. Externally, I just smile and maybe say thanks and then try and pretend like I didn’t hear them say that.

I remember when I was in grade school, all the other girls were wearing this specific type of headband and I wanted some too. My parents got them for me and when I stood in front of the mirror and put them on, I declared, “Now I can fit in with the other girls.” As far as I can remember, the other girls never did or said anything to make me feel excluded and maybe I felt like the odd girl out because all the other girls were white and I’m half black. But my dad said I didn’t need to fit in, that I was already beautiful. And while I didn’t think he was outright lying, I know I thought to myself, “He’s not telling the truth, he’s confused, of course, I need to fit in, and why are you saying I’m beautiful when I’m not?”

From as far back as I can remember when I get called beautiful, something inside me feels like I’m being lied to, for reasons I have yet to discover. Maybe I’ll never discover it. Like I said, my earliest memory of cringing at the word beautiful was when I was five so by then the damage was already done and it’s hard to remember things before that age.

It was late in middle school or early on in high school that I discovered therulesrevisited.com. This site was like my saving grace. For the first time in my life, someone was saying that not only do appearances matter but that you can control how attractive you are. The site is like a step by step guide on how to do just that and I ate it up. It’s all written by a man and somehow, that gave it more credibility.

Not only have I always cringed at being called beautiful, but I’ve also pretty much always liked boys. I remember my very first crush was in kindergarten. I was 4 when I started kindergarten and his name was Blake. In first grade it was Noah. Growing up, I didn’t have a “kindergarten boyfriend” like how some people (specifically the people I went to school with from kindergarten through senior year) did. Of course, by senior year everyone was friends and they would reminisce and look back on how they were boyfriend/girlfriend for like a week in kindergarten. My crushes never crushed back and I became obsessed with “fixing” myself so that they would.

In some ways, that website was probably not doing me any favors. But at the time, and even to this day, I’m fucking thankful that it exists. To go through life feeling ugly and not beautiful and then one day coming across this blog where a man gives you insights on how you can change that and why guys like this and not that is like salvation. For the first time in my life, I wasn’t doomed. I was given the gift of knowing that I had direct control over how “hot” I look. I wasn’t stuck as a 4, I could work up to an 8 or a 9.

I’ve wasted a lot of time online shopping for products and watching beauty related YouTube videos and reading Allure. But it wasn’t until just this year when I finally realized why I actually do that.

The truth of the matter is, I turn to beauty when I feel out of control or somehow “not good enough” as a way to regain control, fix my issue, and become “good enough.” It’s like there’s something inside of me that says if only I was prettier, things would be better and I wouldn’t feel shitty. And as much as I know that’s a lie, sometimes what I know and what I unconsciously believe are two opposite things. 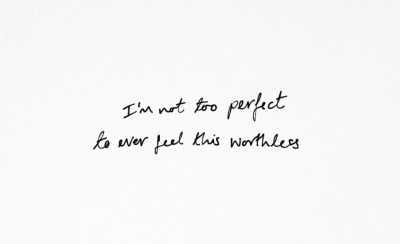 The only positive in all of this is that at least now I can recognize when I’m trying to fix my life with a new eyeliner or binge-watching YouTube beauty gurus and I have the mindfulness to stop myself and ask myself what’s really going on and how I really feel. It helps to be able to see the symptom for what it is.

Paradoxically, I feel better when my hair and makeup and nails are done. In a way, I feel not just like my real self but also like my best self. Perhaps I the notion that “I will feel better if I look better” has been internalized so much that it is now inextricably true for me. I don’t always have my hair, makeup, and nails done immaculately, if at all. But when I do, I know I feel better. I think perhaps it is the language through which I can best communicate to myself that I am taken care of. It’s strange because I identify my “love languages” as quality time and physical touch in a relationship with someone else. But with myself, my love language appears to be acts of service, specifically, pampering myself.

I suppose this makes sense because people don’t do things unless they get some type of kickback for it, be it financial, social, emotional, mental, spiritual, etc. So when I fall back on beauty to make myself feel better, it’s not just a band-aid over the real problem, it is like taking a daily vitamin when I really need antibiotics. Vitamins are great and helpful, but they’re not medicine. So yes, beauty does make me feel like my best self, but not when it’s used to mask a real problem or feeling that needs to be acknowledged or dealt with. The only issue now is finding balance and knowing when not to use retail therapy at Sephora in place of real therapy.